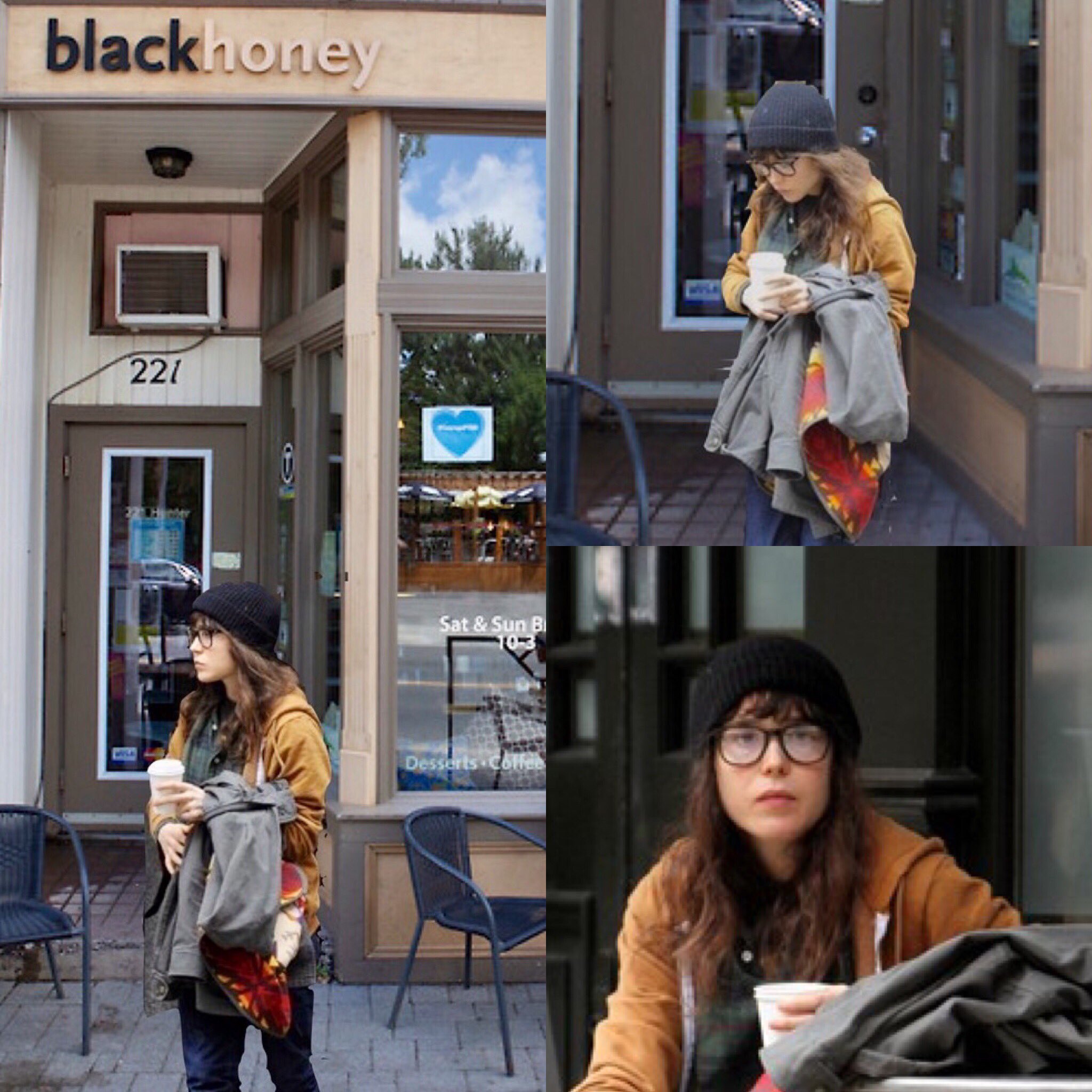 The Juno actress was spotted leaving the Cafe District hot-spot, coffee in hand on Saturday afternoon.

These shots were taken by local queer about town, Logan Woodrow, from across the street at The Only Cafe. The photos were forwarded to DoYouKnowEllen? founder Mélanie Dubois shortly thereafter.

What is Ellen Page doing Peterborough?

Perhaps Page is hard at work on the next season of GAYCATION, a documetary series she launched in 2016 with collaborator Ian Daniel, exploring LGBT Culture around the world.

Rumor has it the Whip It star might be making a special appearance at the Peterborough Area Roller Derby Funraiser "BOOTY BLOCK" being held at SHOTS this evening....

DoYouKnowEllen? has reached out to noted Drag performers Madge Enthat and Miss DivaLicious who will be performing at the event for confirmation.

Categories: out and about

Oops, you forgot something.

The words you entered did not match the given text. Please try again.

Oops! This site has expired.

If you are the site owner, please renew your premium subscription or contact support.